About Go To Concierge, LLC 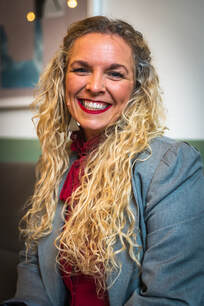 KELLEEN E. GEBLER
CEO and Founder
​
​
A woman with a flair for life and service, Kelleen was born and raised in beautiful Bucks County  but likes to say she 'grew up' in Savannah, Georgia, where she moved in 2001.  After living in there for nearly 13 years, she decided to pack her bags and head back to Bucks County with her son Jacob, to be closer to family.

Those 13 years in the "Hostess City" had a deep rooted and lasting impact, building a dedicated heart for true hospitality and a permanent service based mindset. That heart and mind combined with the agility to maneuver the fast pace of the tri-state area, Kelleen brings a knockout level of energy and professionalism to everything she does.

Go To Concierge,LLC is built on the ideals of integrity, honesty and trust.
​

The first of four children, Kelleen was born the daughter of a skilled carpenter and contractor in her father, and a teacher and social worker in her mother.  She grew up watching her father grow as a master in his trade, and then into entrepreneurship. She spent summers drywalling, roofing and as a company gopher, thus beginning her journey as a "Jill of all trades."  Her childhood wasn't only spent by watching her father, however. She was deeply inspired by watching the caring compassionate nature shown by her mother throughout her career, which was one completely centered on helping as many people as possible. This instilled a deep sense of satisfaction and self worth through lending a hand to those in need... a concierge in the making.

Kelleen spent many years learning the ins and outs of businesses in several different industries. Her thirst for knowledge led her to dig into the whys and hows of every task she was assigned. Immersive learning became her norm, and still today knowledge seeking is a core driving factor in her personal development journey.

Kelleen held multiple positions in the food and beverage industry from scooping ice cream to General Manager and lots of things in between. She worked odd jobs like picking grapes at a vineyard, and watering/pruning at a garden center. She held administrative positions in the electrical and and carpentry trade industries and in the health and wellness industry both in hospital and alternative care environments. In these various roles, she gained bookkeeping, community outreach, event planning, social media marketing, and digital design skills. Kelleen is also a  renowned vocalist, and in playing with her band for many years, gained additional knowledge as an artist while being on stage, behind a sound board, and even worked as the front of house manager at a live performance theater!  Having a wide variety of experience and knowledge among different industries and trades allows her to fully understand and embrace the tasks her clients lay before her.

After the tragic loss of her son's father, Kelleen had an epiphany. She found herself tuning into that little voice in her head whispering "work smarter, not harder," advice she had grown up hearing from her own father. She departed the way of thinking she needed to work 2-3 jobs at a time to survive and really dove deep into not only what she wanted to do, but who she wanted to be. Realizing that she didn't have to pick just one thing, she understood she could do a little of all the things she'd learned but in a way that, at the deepest level, helps people!  With the years of experience, and the knowledge and expertise she has accumulated, she'd finally figured out  "what she wanted to be" was a CONCIERGE! It was here, GTC was born.